This is a Facebook post I came across shared by Erica Carmen Kaye on May 29th at 7:44pm. Felt it needed a bigger platform than simply just Facebook so I am sharing this incredibly important message forward.

“How does looting, rioting, and destroying your OWN community bring justice for anyone?”
–Tomi Lahren–

I’ve been hearing a lot of well-intentioned white people ask different versions of Lahren’s question today. I’ve also been hearing Black friends express exhaustion and grief over this question. Over the past year, I’ve had the privilege of listening to dialogue on this topic through a forum led by strong Black women. They have taught me that it cannot be their job, nor their burden, to explain this to white people. As a white person, it is my job to combat implicit biases that feed racist narratives. So I would like to try to unpack this, and I welcome feedback and thoughts.

To begin – the narrative of “Black looters” is a racist trope with deep historic roots. In the 1800s, white people literally viewed Black people as material possessions – so the notion that a Black person might rebel and “steal” something from a white person was used to both reinforce racist fears of Blacks and re-entrench reassuring narratives that everything “rightfully” belonged to whites.

I recently read a piece by Professor Andy Horowitz (Tulane), who has expertise on systemic racism in the context of Hurricane Katrina. He eloquently exposes the racist core within looting imagery: “These scenes, like the myths about black men raping white women that suffused the South at the time, were cooked up in the sociological cauldron of white fear…White people have long dreaded the specter of imagined black predators, and the storm offered an occasion for white readers to revel in their racist fantasies.”

Racist tropes about “aggressive” and “dangerous” Black looters remain pervasive today. They are sexy clickbait, because they affirm white people’s implicit biases. But clickbait, by definition, is a distortion of truth designed to spark visceral emotion from an inner place of fear or confusion – so that we react, read, and share, without challenging ourselves to think critically. In exchange for buying into this clickbait – I’d like to offer the following 4 headliner responses to the above question:

So – to unpack the above 4 statements.

Historian Blair Imani says it best: “Capitalism requires that we care more above property than human lives. Black people in the United States used to be considered property until the end of chattel slavery. Today, a CVS or Target receives more protection and insurance than a Black life. A smashed window calls more outrage than a shattered spine. We shame the looters as a distraction from what caused their outrage in the first place. America was built on stolen land. Built by a stolen people. Spare me the hysterics over a microwave oven. Looting is what filled nearly very prestigious history museum in the Western world. Are y’all anti-looting now? Are y’all returning artifacts?”

It’s impossible not to compare this to the recent white protests a few weeks ago. When white people, frothing at the mouths with rage, stormed their state capitols brandishing semi-automatic weapons, they were protesting public health measures designed to decrease deaths from Covid-19. They held up signs protesting, “I need a haircut” and “I refuse to wear a mask.” They screamed and literally spat in the faces of armed police, while waving semi-automatic weapons – and police remained quiet and restrained. No tear gas was deployed. No shots fired. No arrests made. Can you imagine how this scene would have turned out, if the people carrying semi-automatic weapons and spitting in the faces of police officers had been Black?

In Minneapolis, the police department seems to be trying to rewrite the public record narrative. But in the era of publicly crowd-sourced information, it’s difficult to sell and sustain lies. Case in point: one of the people seen on film inciting violence yesterday by smashing all of the Autozone windows was identified today as a police officer in disguise. Media headlines sold us these images and stories under the assumption that this was a Black rioter and looter. And many of us believed it, because it aligns with our implicit biases.

White people riot, destroy property, and burn things not infrequently. For example: white people famously riot after high-stakes sports games. We have rioted at famous concerts (e.g., Woodstock) and festivals (e.g., Pumpkin festival), during holidays and parades (St. Patrick’s Day) and parades. We famously rioted when there was insufficient quantities of beer at the Salt Lake Olympics. The narrative around these events is fundamentally different than the narrative around the current riots. Why?

A decent number of white people appear to be wringing their hands now and wishing earnestly that Black people could just protest peacefully – I’m wondering how earnestly they supported prior attempts at peaceful protests? Colin Kaepernick’s peaceful efforts to raise awareness about police brutality evoked intense white rage. Black people who knelt peacefully in protest were labeled as: unpatriotic, ungrateful, disrespectful. The President of the US condemned and threatened: “[Black people who kneel] shouldn’t be in the country.”

Yet now, when Black people protest in the street the back-to-back-to-back-to-back murders of their unarmed, innocent brothers and sisters by white police officers – they are labeled as: aggressive, violent, self-sabotaging. The President of the US condemns and threatens to shoot them: “These THUGS are dishonoring the memory of George Floyd, and I won’t let that happen. Just spoke to Governor Tim Waltz and told him that the Military is with him all the way. Any difficulty and we will assume control but, when the looting starts, the shooting starts.”

Black people in this country are are damned if they do, and murdered if they don’t. And somehow white people still think we have the right to judge how Black people ought to “behave” in response to being killed in cold blood, in broad daylight, in front of witnesses, with no accountability for their killers? When we turn the discussion to the “behavior” of Black people, we are perpetuating the racist idea that, if Black people would just be quiet, docile, and behave, things would turn out alright. And white people are correct: this would restore the “rightful order” – of systemic racism. Meanwhile, Black people would continue to die.

I hope that if anyone has been wondering about Tomi Lahren’s question, this has offered an opportunity for self-reflection about the biases that all white people carry.

Will close with seminal insights from Black men, whose voices should be centered right now:

James Baldwin: “Who is looting whom? Grabbing off the TV set? He doesn’t really want the TV set. He’s saying screw you…He wants to let you know he’s there…The mass media-television and all the major news agencies – endlessly use that word “looter.” On television you always see Black hands reaching in, you know. And so the American public concludes that these savages are trying to steal everything from us, and no one has seriously tried to get where the trouble is. After all, you’re accusing a captive population who has been robbed of everything of looting. I think it’s obscene.”

Martin Luther King, Jr:
“It is not enough for me to stand before you tonight and condemn riots. It would be morally irresponsible for me to do that without, at the same time, condemning the contingent, intolerable conditions that exist in our society. These conditions are the things that cause individuals to feel that they have no other alternative then to engage in violent rebellions to get attention. And I must say tonight that a riot is the language of the unheard.”

Actions that white people can do to support Black communities following the killing of George Floyd: 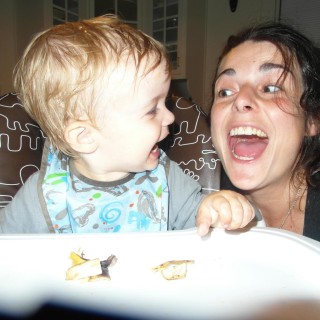